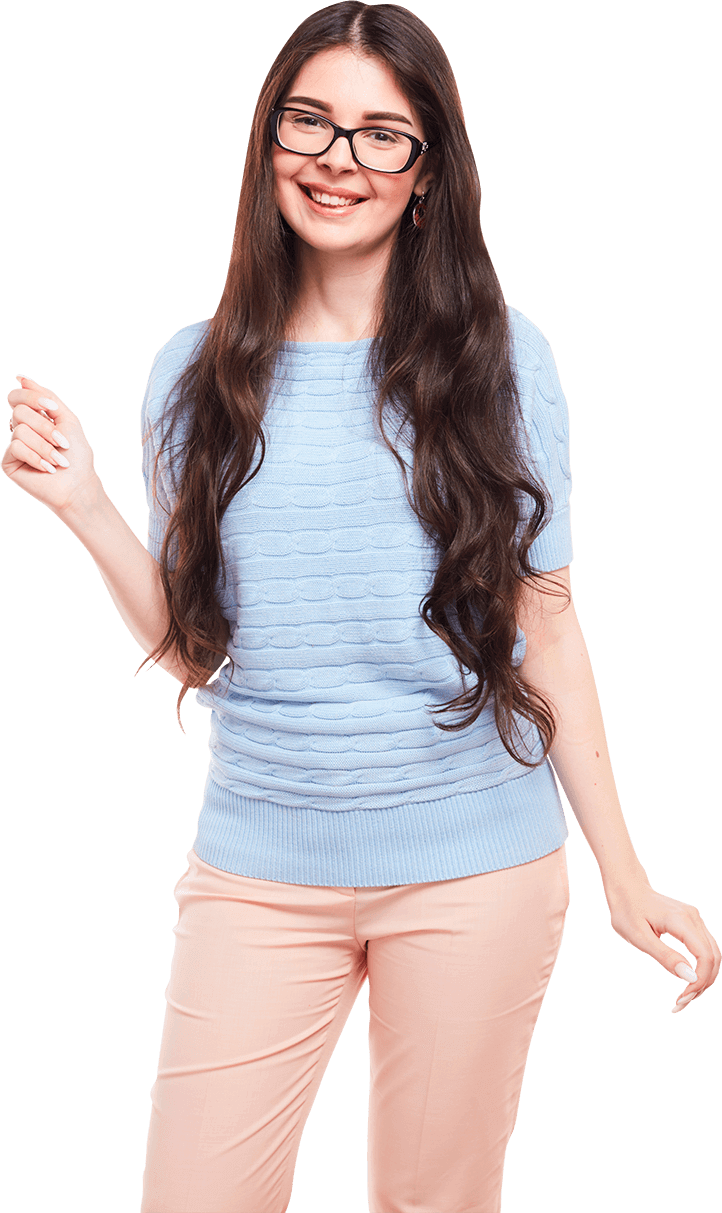 — Your job position is not clear: senior specialist managing instruments and models in the Risk section. I’d like to understand what that means. For a start, tell me what exactly the Risk section does.

— The Risk section deals with risk management and predictive analysis. The task before the section is to take the information we have about our clients and predict how their relations with the bank will develop. Put simply, if the client asks for money from the bank, will he be a trustworthy borrower? And if the scoring system erred and he doesn’t pay back the loan, is there a chance that they can get back at least part of the debt? Or, for example, a company goes bankrupt and decides to settle in a London court where the hourly fee of lawyers is really high. It might be cheaper for the bank to write off that debt than spend money on court proceedings. So our job is to correctly classify all the clients who have borrowed money and predict the likelihood of various outcomes. This is because the main driver of profit in any bank is minimizing the cost of debt servicing. 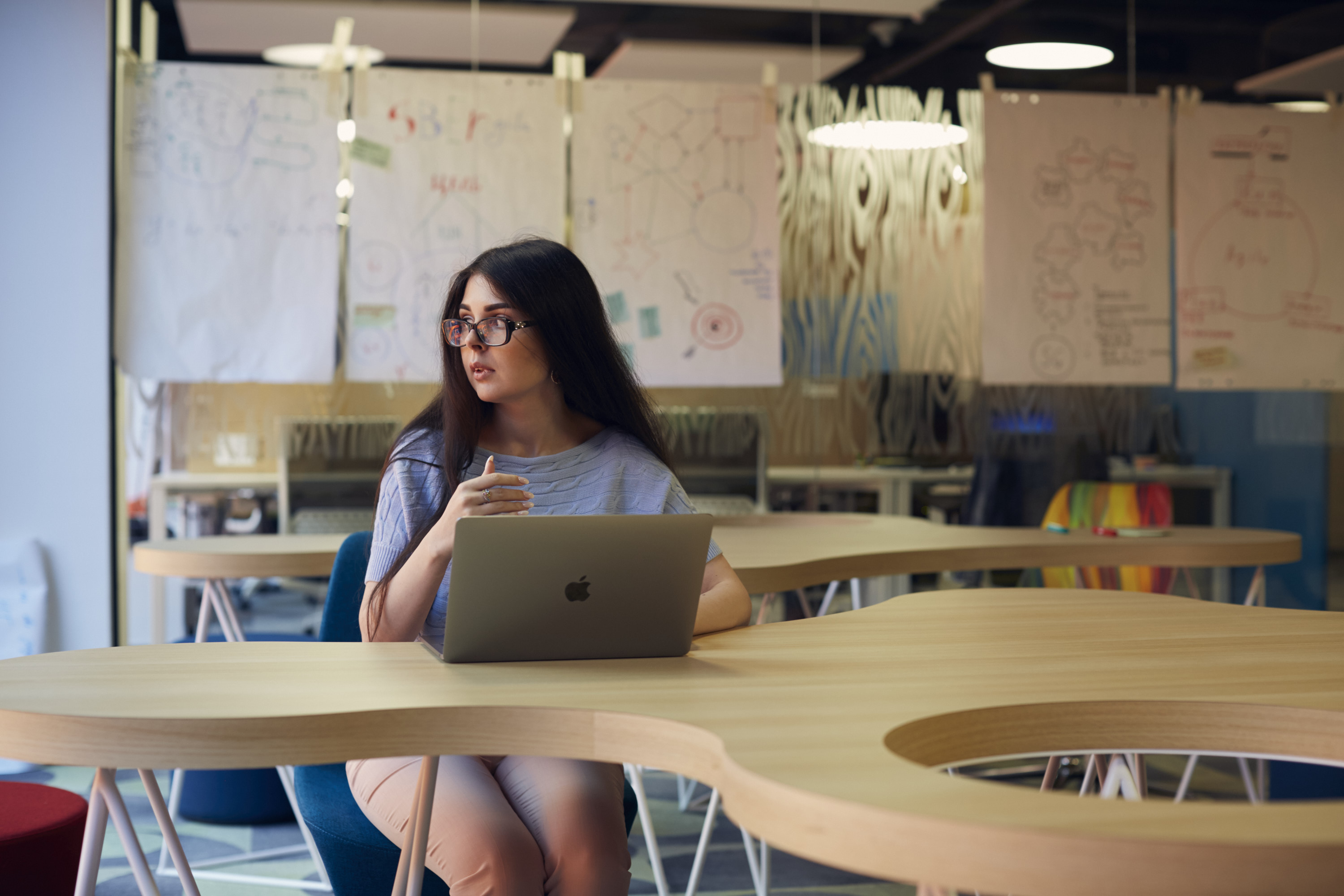 — What does “managing instruments and models” mean?

— We data scientists do modeling. We build models using methods of machine learning. Banks have an appetite for risk. A bank might take big risks and make big profits, but losses might grow, too. Or it can take fewer risks. On the one hand, it would seem that it’s better to be conservative – bank clients will trust you more. But on the other hand, that means that the bank will lose out on some profits that it might have gotten if it had taken a risk. In the past, Sberbank was conservative, but today the priority in the Risk section is to find the golden mean between conservatism and risk appetite.

We are developing models that look for additional opportunities in places where it was considered too risky to invest in the past. To do this we have to make the algorithms more complex and more exact – but not make them too complicated.

— The logic produced by the machine has to be easily interpreted by people. We have to be able to explain to our business partners why we are saying yes or no in various situations. For that reason, neural networks are not used in bank risks — it’s hard to explain the logic, and you just have to accept what the program says. But we can’t come to a client, point to the skies and say, “That’s what the machine said”! 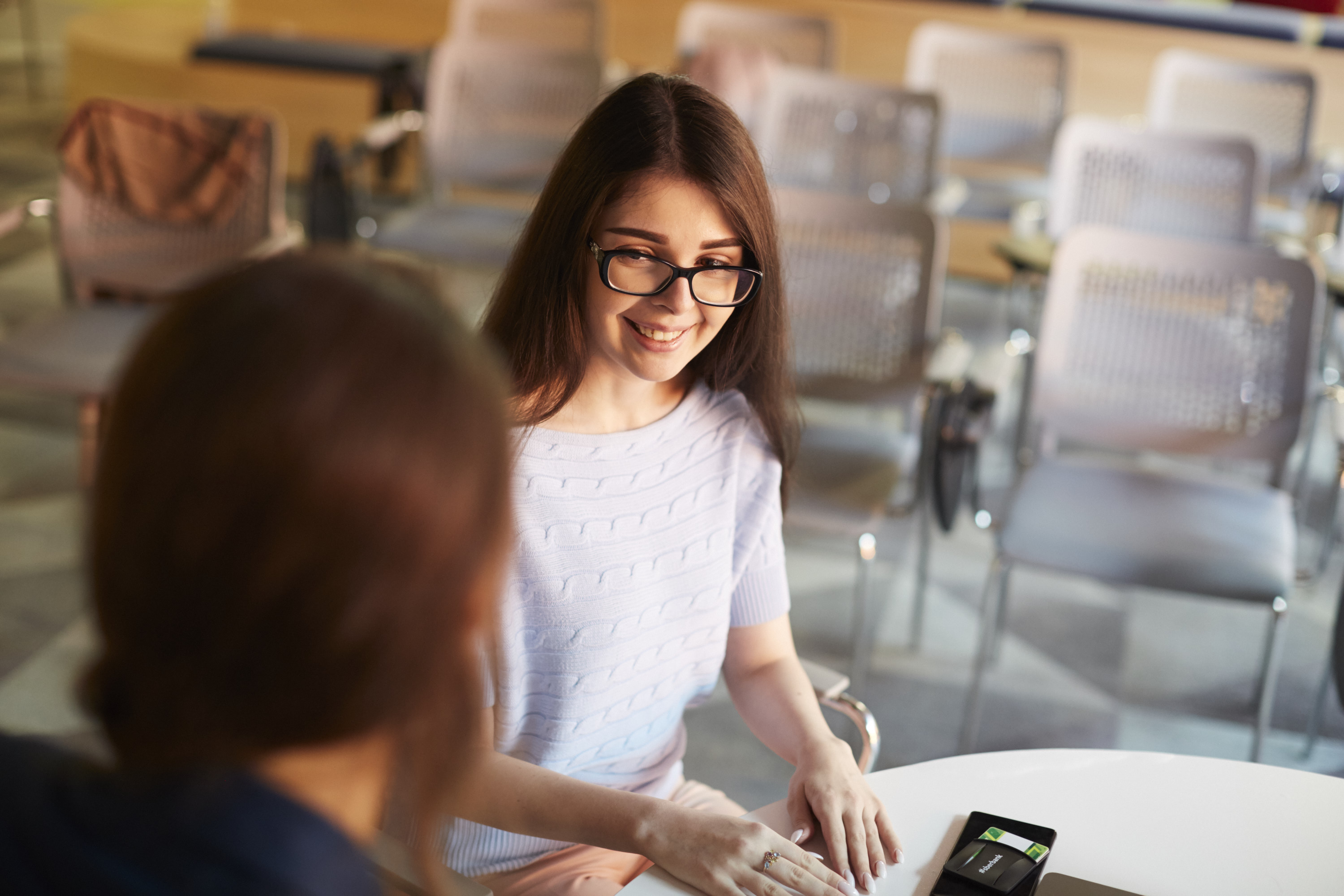 — What are you personally working on now?

— I’m working on forecasting the likelihood of defaults in Russia’s constituent parts, such as regions or cities. Predictive modeling is different for individuals, individual entrepreneurs, big corporations and so on. But there are whole cities that borrow money from Sberbank. My job is to determine their investment attractiveness and the risk of lending them funds.

It’s complicated because Russia’s constituent parts are a kind of legal entity that has never formally defaulted. The state always covers their budget deficits with subsidies. But there are cities that have no debts and there are cities that owe thousands of billions of roubles. To analyze them in our model and correctly rate them, we have to somehow calculate the risk of default. Since the project for the most part relies on open sources, I was able to use the work to defend my Master’s dissertation at the Plekhanov Russian University of Economics. 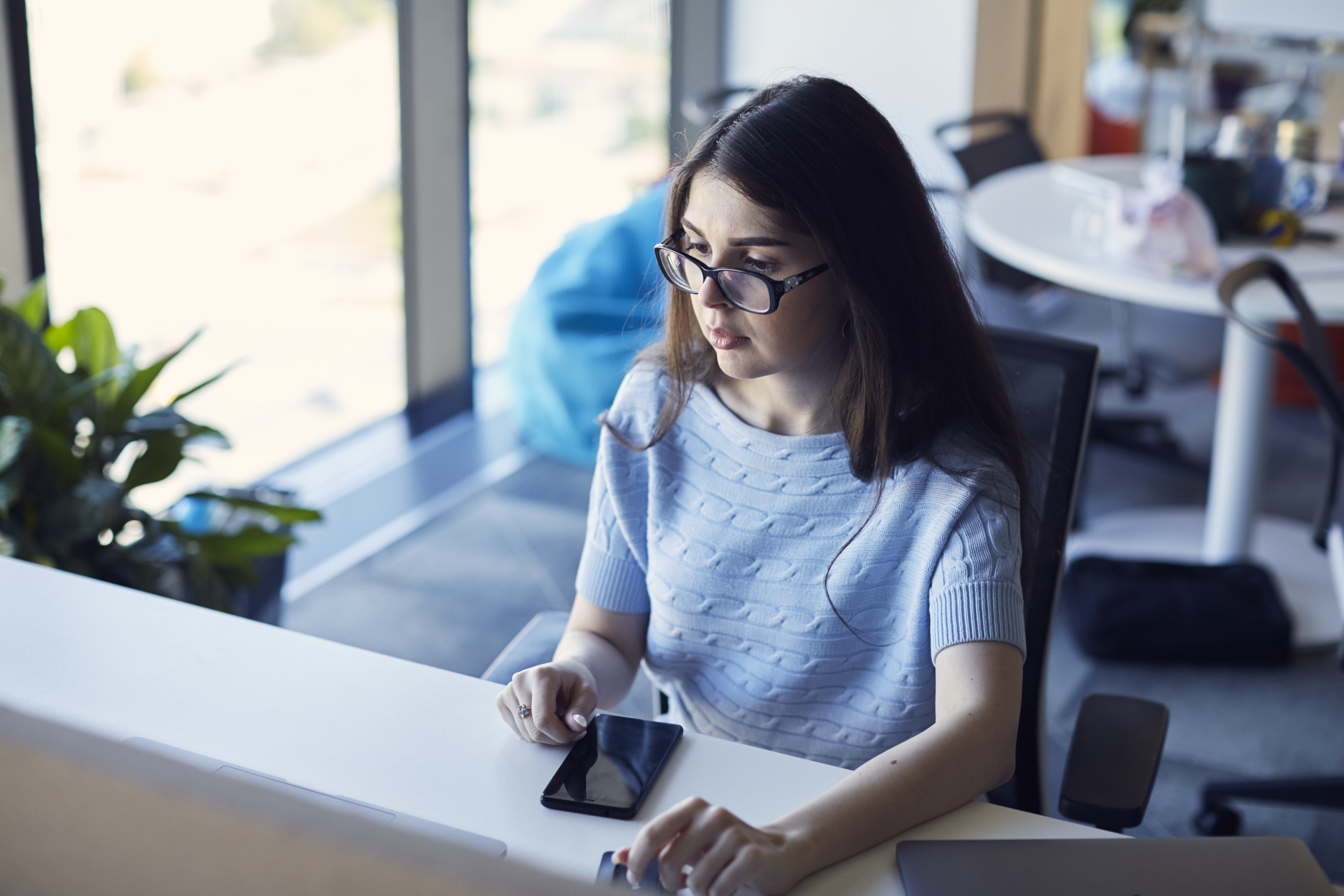 — How is your work organized?

— We work in Agile Home. It’s a methodology for managing human resources. We work in open spaces — there are no offices. All the section and department leaders sit next to each other. We can go up to anyone and ask for advice. The structure and hierarchy have been simplified as much as possible and made horizontal. People aren’t divided into departments but into tribes. We don’t have totem poles, but we should hang a drum or something. It sounds funny, but it’s actually a very comfortable environment. There are three to fifteen people in a team and the team solves a specific task. If I stop liking what I’m doing, I can always ask to be sent to a different tribe to work on another task. I don’t have to fill out a ton of paperwork and switch departments through HR.

Our work time is organized really well. If you come in a 9 a.m., you leave at 6 p.m. If you come in at 10 a.m., you leave at 7 p.m. HR understands that we live in a metropolis, that there are traffic jams — even on the underground. We all sit in one space, so you can’t cheat. We aren’t worked to death. Everyone knows that you let the model do its work and have some free time, and that there is no point sitting around staring at the screen. 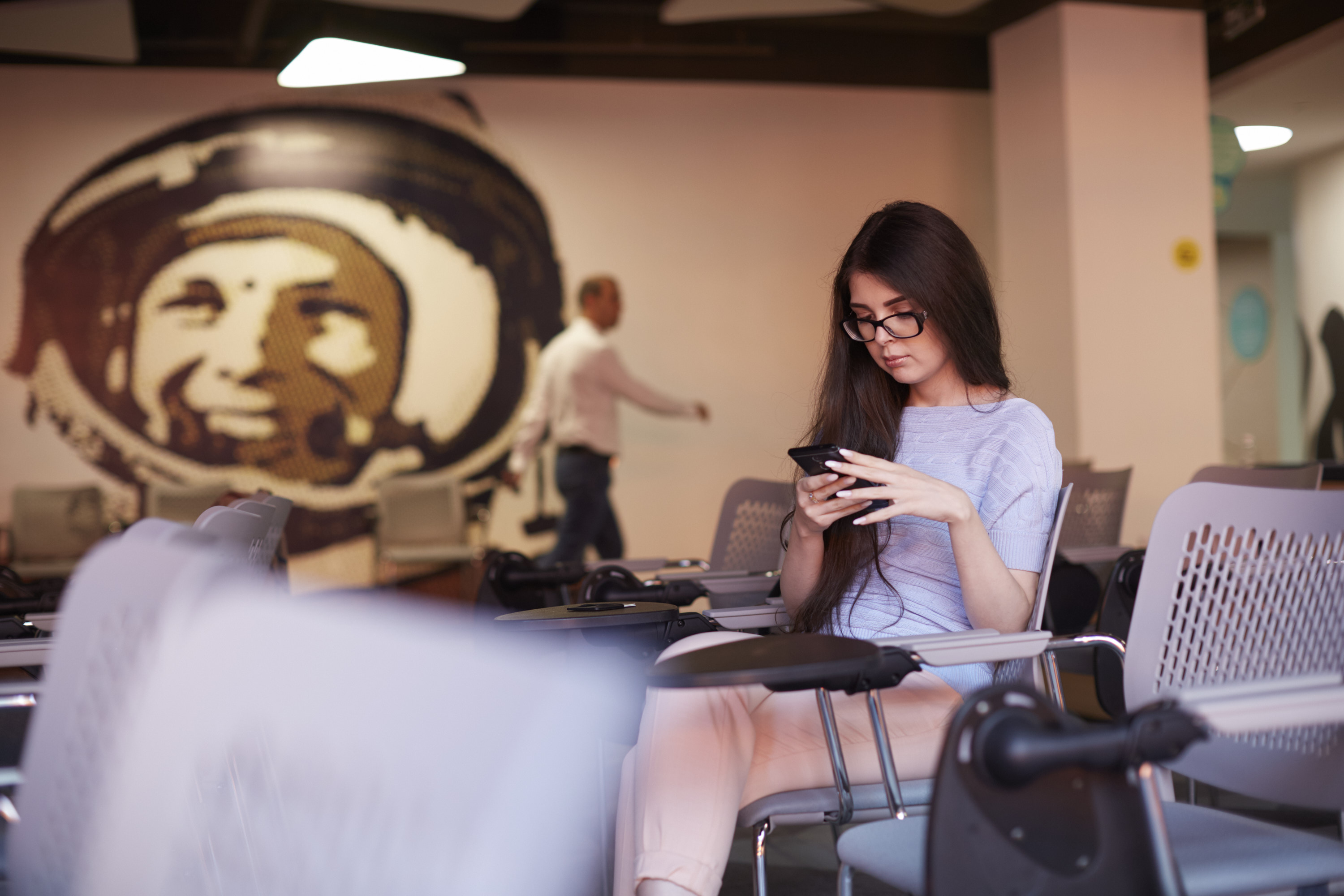 — You are just 24 years old and you’re already a senior specialist. Is your whole group as young?

— Not long ago I ran into a colleague in Moscow on a business trip. We started chatting in the cafeteria, and she confessed that she is always amazed when she comes to the central office and sees how young we all are.

In some parts of the country, that’s why they think that the central office is made up of greenhorns who don’t know anything — that’s it’s a sandbox. But the explanation is really very simple. In the Risk section the average age is 25-30 because what we do is new in principle. Integrated risk management is a concept that just appeared recently, like many other machine learning methods. In fact, our graduates in business information sciences were the first group at Plekhanov! Data science departments have just begun to appear at the top institutions of higher education. So in our case, experience doesn’t matter. There’s no place to get it.

If you tell an older person that you work at Sberbank, they don’t understand — they think you have a job as a teller in one of the branches. But if you tell someone younger, their reaction is: Wow! Cool! Now students want to work at Sberbank because the most modern methods of data science and machine learning are being used here. Sberbank intends to raise its status as a data-driven company. The reaction of the examining commission for my dissertation defense was: These students are amazing! 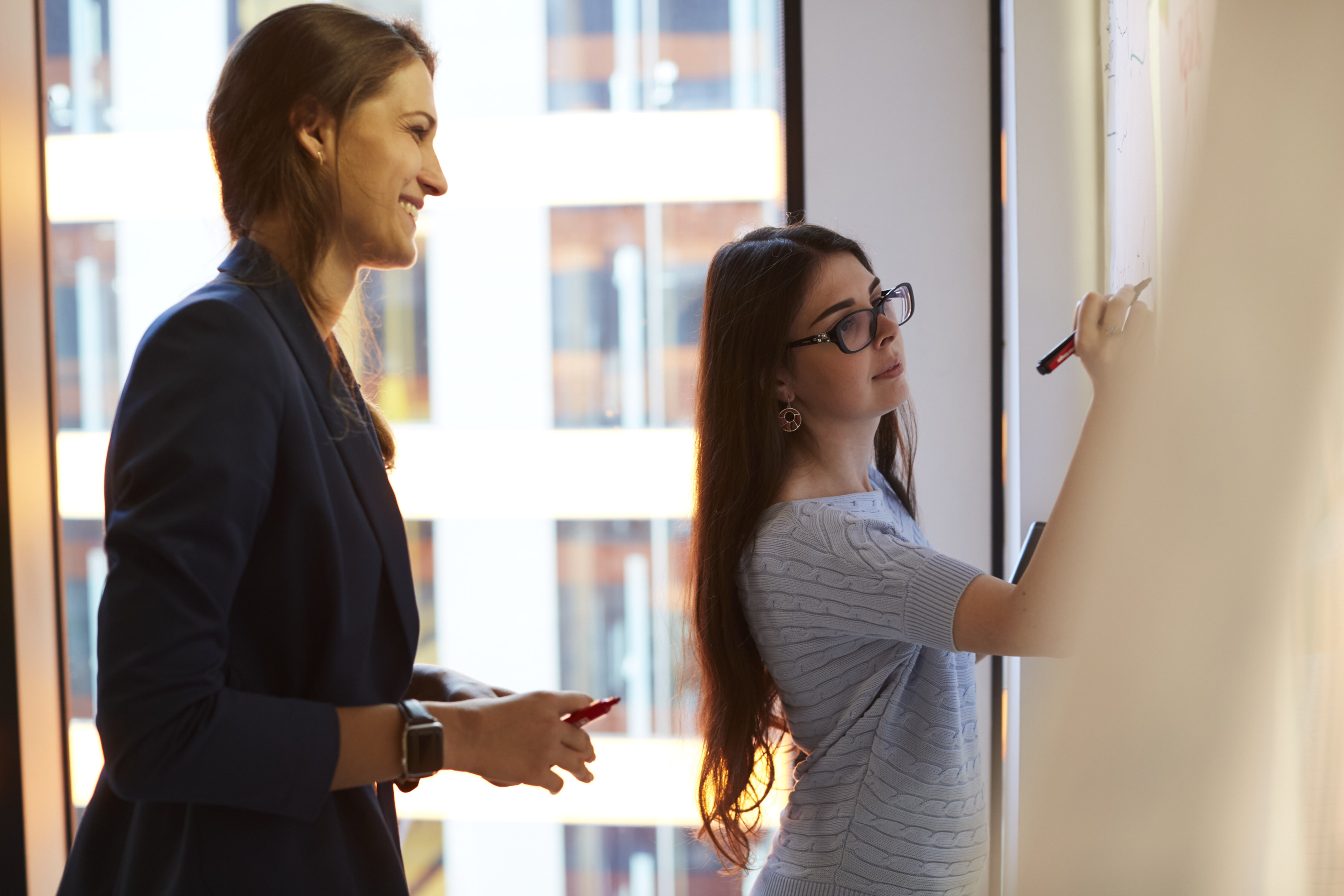 — You got the job after your internship on Sberseasons. How does the program work?

— The Sberbank internships are meant to identify potential employees among students. Sberseasons is open to full-time undergraduates and graduate students and lasts for two months. If the department has the funds, it can be extended for a third month. Most of the time it’s a 30-hour work week. And unlike internships in other companies, these internships pay well. Interns really work on projects — they aren’t just getting coffee for people. To get an internship, you have to fill out the application form and indicate exactly what you like. You should list all the work you’ve done — even as an undergrad — that is somehow connected with banking. I really recommend to the interns that they write their dissertations or theses here. It’s realistic to do in two months.

— What’s important to you at work?

— It’s important for me to combine work and study. When graduate students are finishing up their Master’s dissertations and defending their work, a lot of them complain that their employers don’t like them constantly running off to university. Education is encouraged at Sberbank. Almost all the employees have higher degrees. My boss has Ph.D. in economics. He defended his dissertation not too long ago and teaches at university. You can’t call the employees in the central office a pack of “cubicle rats”. These people aren’t rats at all. You won’t find another place that has so many people with advanced degrees.

The internships that Ksenia was on

The events that Ksenia took part in