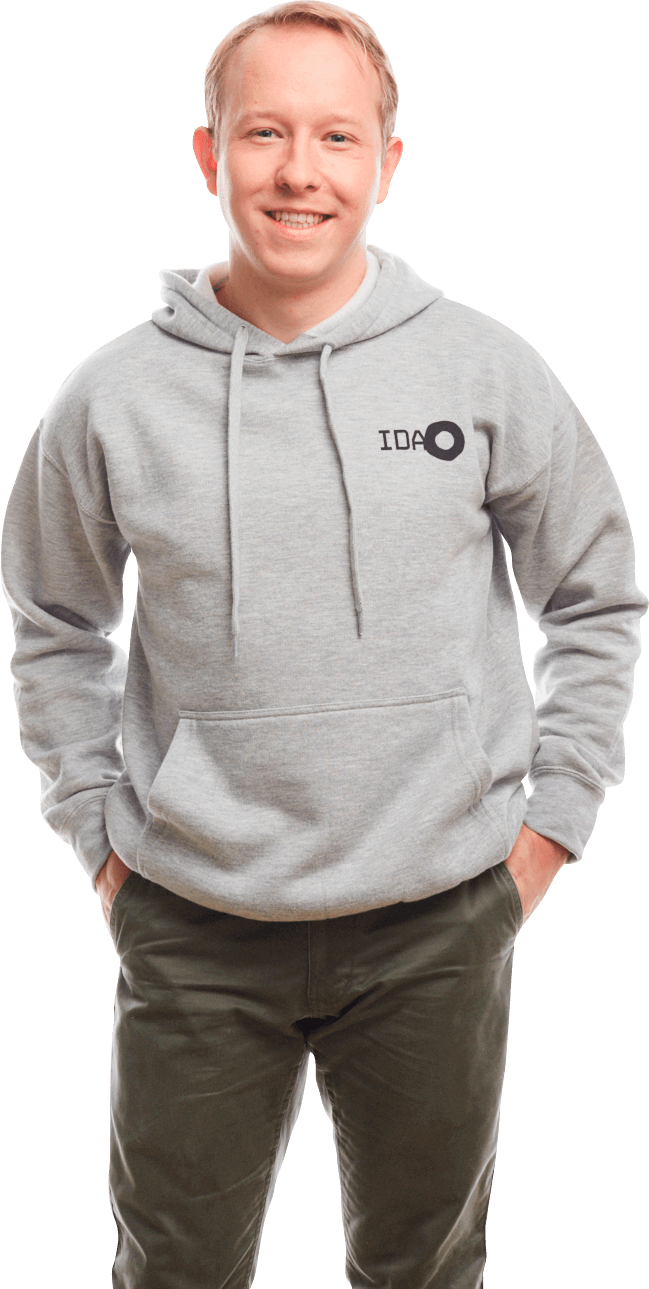 My Role in Sberbank

I am a ‘Sberbank Online’ app developer for iOS. Over the past four years that I’ve been working with Sberbank, I think I’ve worked on every single section of the app. I’m currently working on the ‘Personal finance manager’ section. It helps users manage their personal budget and plan spendings and savings. It also allows you to set financial goals, make a deposit and create a ‘piggy bank’. To give you an idea, a financial goal in itself is similar to a deposit, thought the latter is less personal. You open a deposit account, pay money into it on one or multiple occasions and earn interest on it. A goal allows you to better visualize what you are striving for, say, saving up to buy a car or go on a dream vacation. Users receive practical tips on how to reach their goal. They set a picture. Then they choose a deposit that would suit their goal best and get recommendations, based on the analysis of their saving patterns. For example, we may recommend using the ‘piggy bank’ feature or setting up a recurring payment.

My other role within the company is internal mentoring. To make sure new employees settle in quickly, a designated volunteer mentor helps them start developing, and they get access to our portals and the source code. Mentoring is really time-consuming, though without it I think we would have way fewer new employees who have settled in properly. 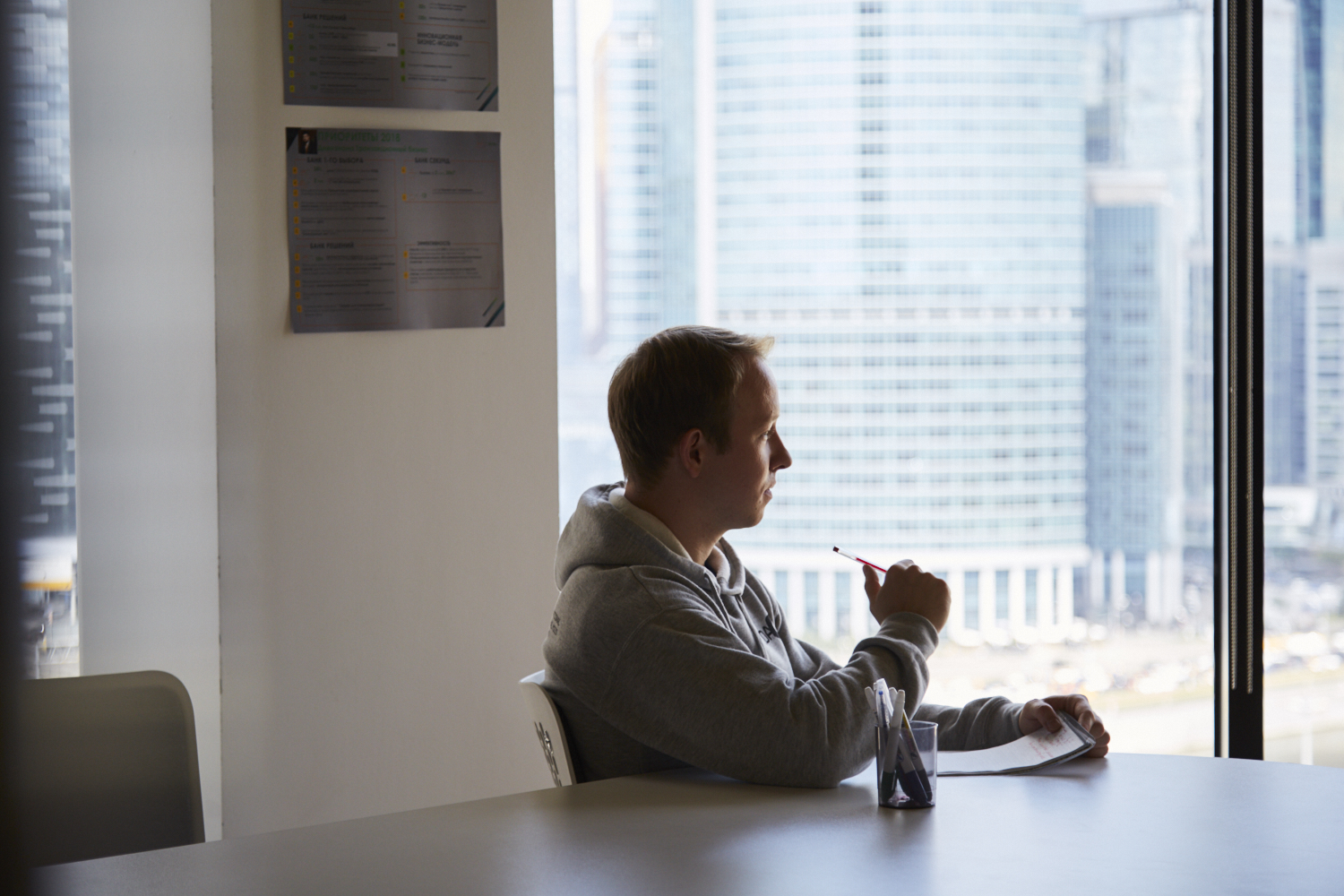 When I was a student we didn’t have as many internship opportunities as there are now, let alone paid ones. Though my alma mater, the Bauman University, is famous for its high-quality tuition, I didn’t find the knowledge I received there to be relevant. We did what we could. So when I entered a PhD programme I realized it would be great to help undergraduate wannabe developers. This was exactly what I did four years ago. At the Bauman University I teach a course in mobile development for iOS and Android and cover computer science basics. I enjoy teaching, so I was really happy when I received an offer to teach at Sberbank Mobile Development School.

The School is designed for young professionals, senior, graduate and post-graduate students. Candidates are carefully selected, if I’m not mistaken they must be under 30, though this requirement is flexible, we are ready to consider older candidates as well. Candidates take an online test and then have an interview with the tutors. The course is free of charge. We provide a place to study and modern equipment. Students learn new skills, complete class and home assignments. If they don’t have their own devices they can use company equipment during office hours. At the end of the course they are expected to present their own app that they chose to create.

The School marries theory and practice. The course is intensive: students have 3-hour classes three times a week for two months. Throughout the course, students get theoretical knowledge and then put it into practice. Their tutor is always ready to help both offline and on Telegram. With due motivation, this course gives a great start. Students who have studied the C++ course at university but have never tried developing apps for mobile phones become fully fledged developers at the end of the course. That is, they can immediately become part of the team, blend in and start incrementing. Also, this is an enriching experience for the tutors, no matter how vast your expertise is, once you try and walk someone through it, you expand it even further.

Sberbank has an internship programme called Sberseasons. Although it is different from the school, the selection is almost the same. In the interview we check if the candidate will get on well with the team – because interns become part of real teams and work with real mentors. Here, we focus on practical skills, which is a good thing – if you want to, you can easily get theoretical knowledge from manuals, textbooks, Apple documentation, for that matter.

I worked with three interns. They had a general idea about mobile development and coding, though it wasn’t enough to be appointed to a junior position in the team. Unlike students who attended lectures and completed home assignments, these guys were supposed to participate in real projects right away. It is time-consuming but really rewarding. The guys were very motivated. They say, ‘It takes 1 percent of talent and 99 percent of determination’, and I believe determination equals motivation. And motivation to me is trying to figure things out even when something goes wrong. It is important not to give up and keep trying. I was lucky because my interns did just that. As a result, after a two-months internship they grew immensely. At first, they fixed bugs and later started coding small features that improved the functionality. After the internship we interviewed them and two of them got a full-time job with Sberbank. 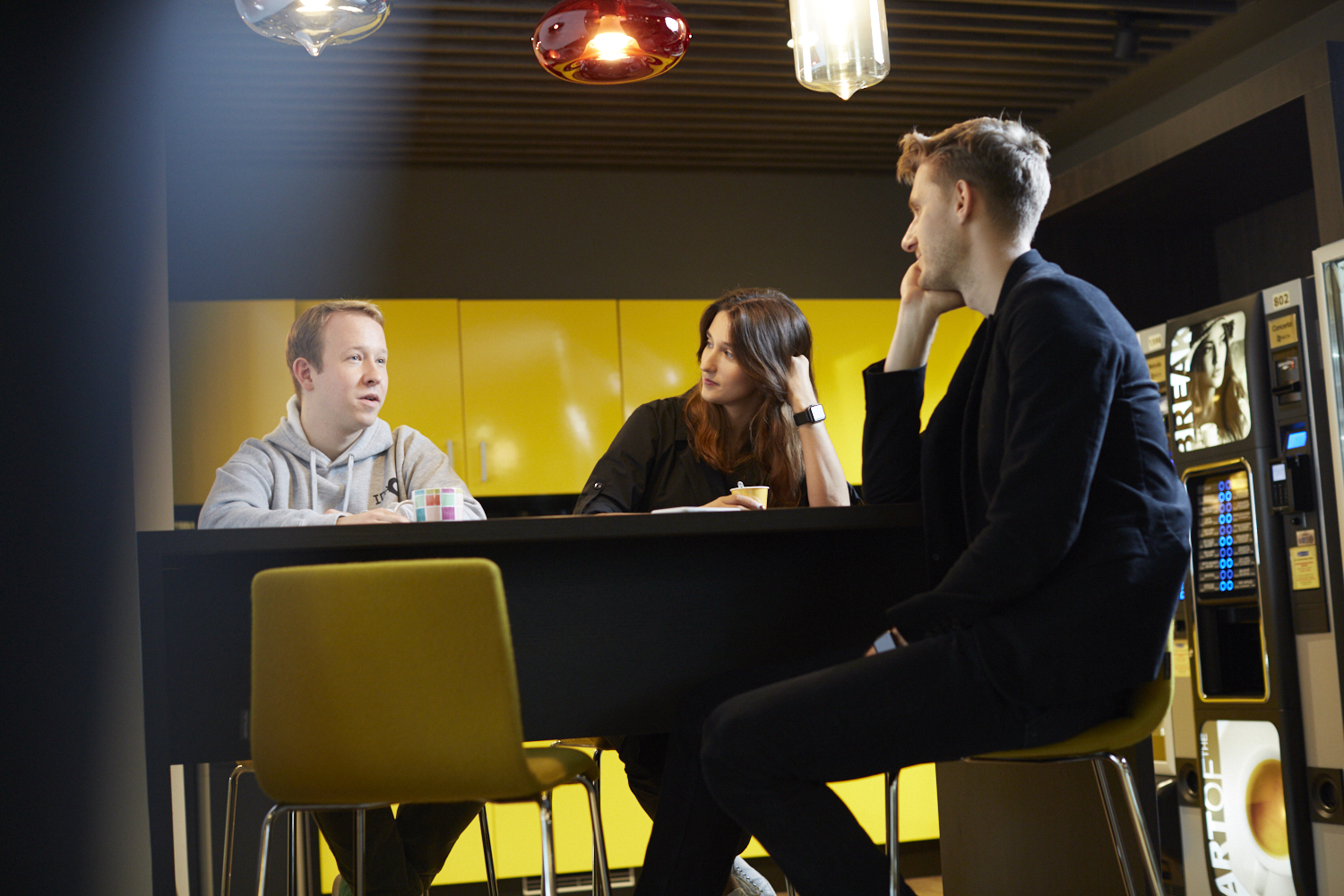 I have always wanted to work on a project with millions of users, receive their feedback and professionally grow. What I’m striving for is to become an industry leader. This is not to say that I’m the best, not at all. Still this year I was lucky to receive a few company awards. I received the ‘IT Innovations Leader’ award for the push-up notifications system I patented, it is smooth and cost-effective. I also received the ‘Performance Leader’ award for successfully completing all the coding tasks.

Besides, I have a pet project I’ve been working on in my free time. I put together a team of mostly my subordinates, we created a helper app to automate work meetings stock-taking. Instead of allocating an employee to take notes, render ideas, create Jira tasks and send out follow-up emails, we placed our phones in front of us and connect them in a network. The phones listened to what we were saying, broke it down into sentences, detected semantic constructions and raised action items, which were then transformed into tasks.

Back then it couldn’t recognize the speaker. So I developed a voice-recognition mechanism which I might go over in my PhD thesis. When the system knows the room layout and the location of the phones, it can recognize the speaker by measuring the volume on each phone or other available parameters. We made a successful presentation and got the in-house specialists interested. Though the system improvement and implementation will require me to step in as a developer. My other side project is already up and running. It is ‘Sberbank Online’ UI-testing. It’s a very important milestone which brings us one step closer to ditching manual testing. Tech specialists will understand how cool it is.

There is a widespread opinion that design is for creative people only, while programming is for techies. Let me stand up for programming. There’s room for creativity in our job too – you can write a mediocre code, but you can also write an elegant one, so that other programmers look at it and say, ‘God, that’s awesome.’ Besides, some programmers, especially freelancers, do analysis, testing and design as well. They have a comprehensive approach to tasks – they think a lot of things through, try to take into account user experience, etc. Contrary to popular belief, a programmer isn’t just a nerdy guy who codes for days on end.

Unlike in many other professions, a programmer can’t reach a certain level and say, ‘I’ve reached the top, I’m a Chief Engineer now or a Development Manager.’ Programming is like ‘Alice in Wonderland’ – ‘It takes all the running you can do, to stay in the same place.’ The more you grow, the more it takes to grow further. You need to run faster every time. So we learn as we work. Only those who are crazy about learning remain in the profession.

This summer I came across an email that was about Stanford US-Russia Forum (SURF) and the application process. I wanted to apply for many reasons. It’s exciting and it gives you a chance to practice your English. And the very idea of Russian-American relations has been important to me since the summer I spent in North Carolina within the Work and Travel student programme; I earned enough to buy an iPhone 4 and began coding for it. SURF is designed to bring together young leaders from different backgrounds so they can build synergies, do research, meet experts and politicians and try in this way to improve relations between the two countries.

I ended up in an experimental fintech group (where soft scientists normally end up). There were four of us — a guy from Saint Petersburg and two Americans. In September we started to work in a team. I was the only techie. We were in touch throughout the whole academic year; there were two face-to-face sessions – one in Russia and one in the US.

We centered around the idea that if blockchain is implemented at different levels, it can result in society decentralization. With the arrival of blockchain many social and political institutions will become obsolete because the technology guarantees a certain reliability. We developed a society model underpinned by a mathematical model, we ran thousands of simulation cycles to see how this society will work. We found out that with our evidence-based model prerequisites the theory is viable. We put together a really cool project and published it in a science magazine, which was very important for me because I was working on my thesis. 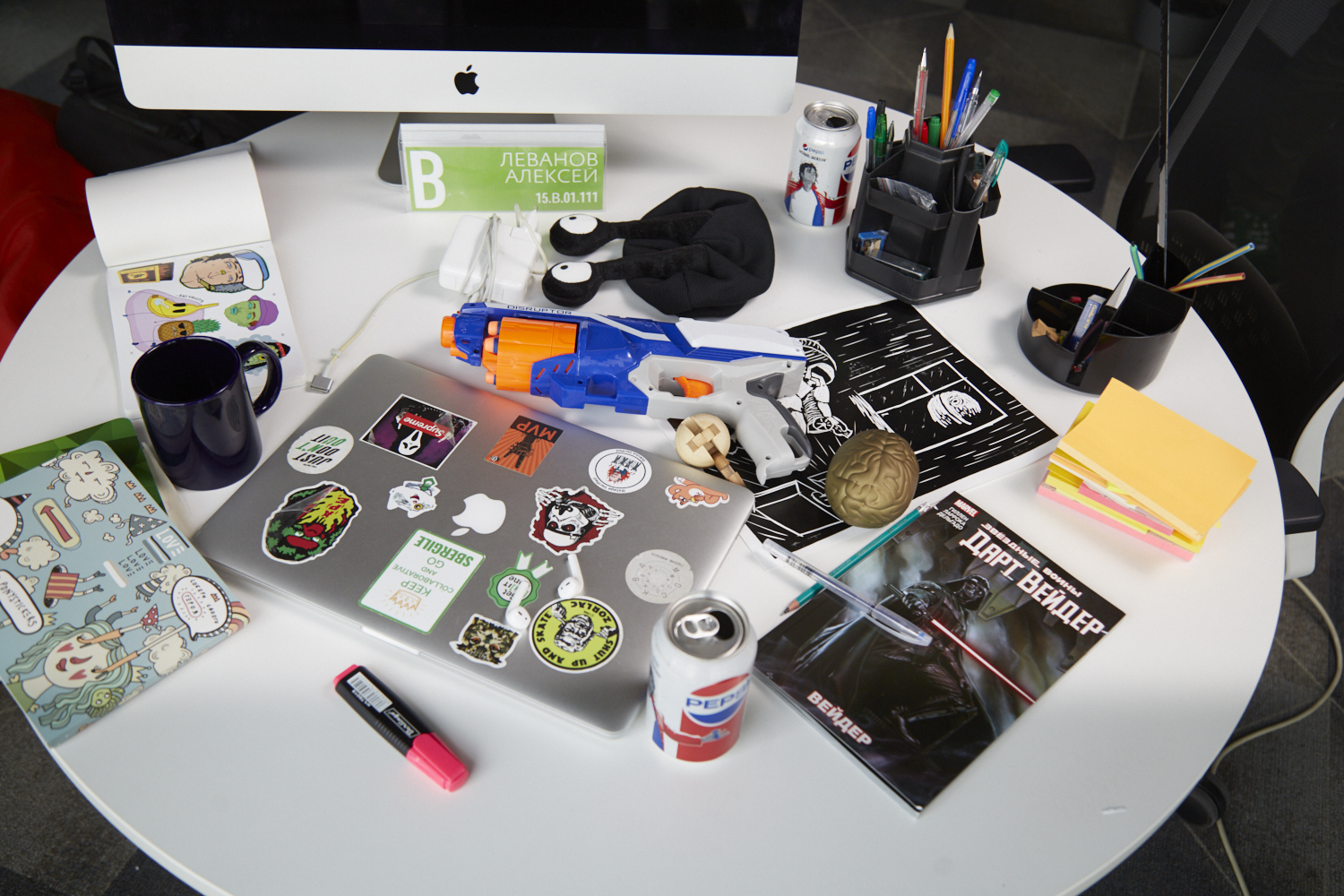 I love traveling, my girlfriend and I work at the weekend to get a day in lieu to add it to the next weekend and travel for 3 days. While we are young and child-free we try to see the world as much as we can. Travelling is not an end in itself, though, we travel to see the world from a different perspective. If I get a chance to go camping, kayaking or mountain hiking, I set off right away. I’m also into mainstream youth hobbies like cycling in summer and snowboarding in winter.

I love reading. I’m a huge movie fan, once or twice a week my girlfriend and I go to night movie shows. And sometimes we play PlayStation together. I’ve never been crazy about video games and was really surprised to learn how much they’ve changed since the Dandy times in the 1980s. In fact, they’ve become interactive movies of different genres. Some have a social touch to them: you live through the story together, make decisions that later affect story development. I like playing those whenever I have a chance. 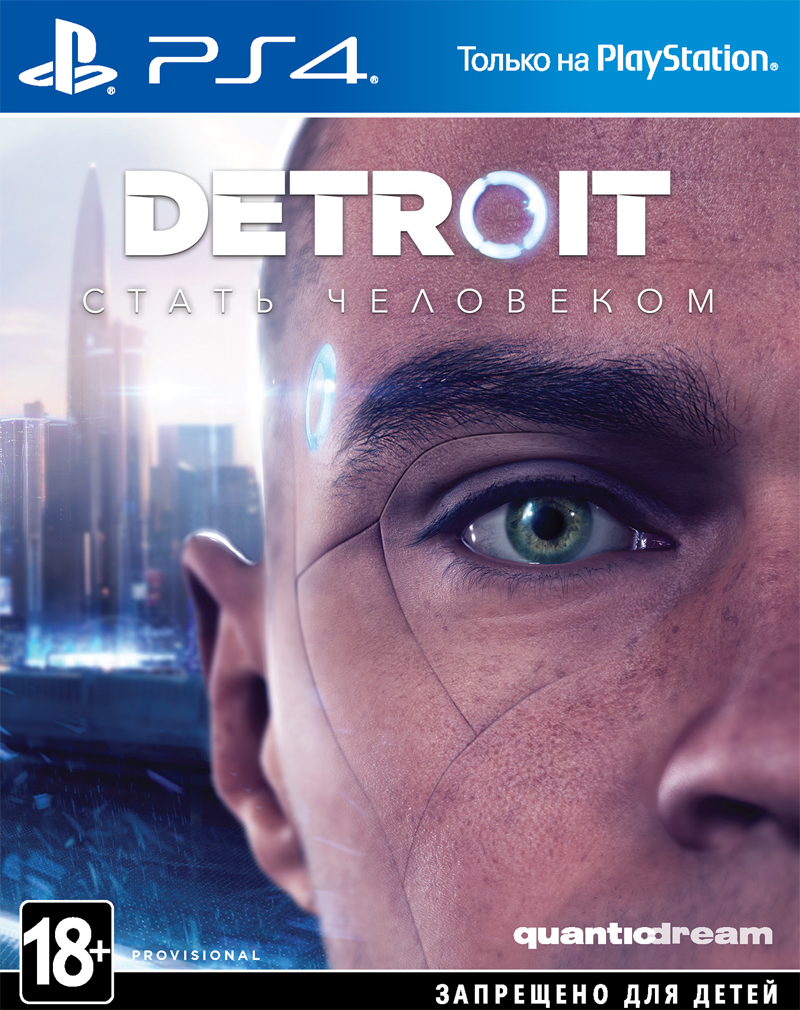 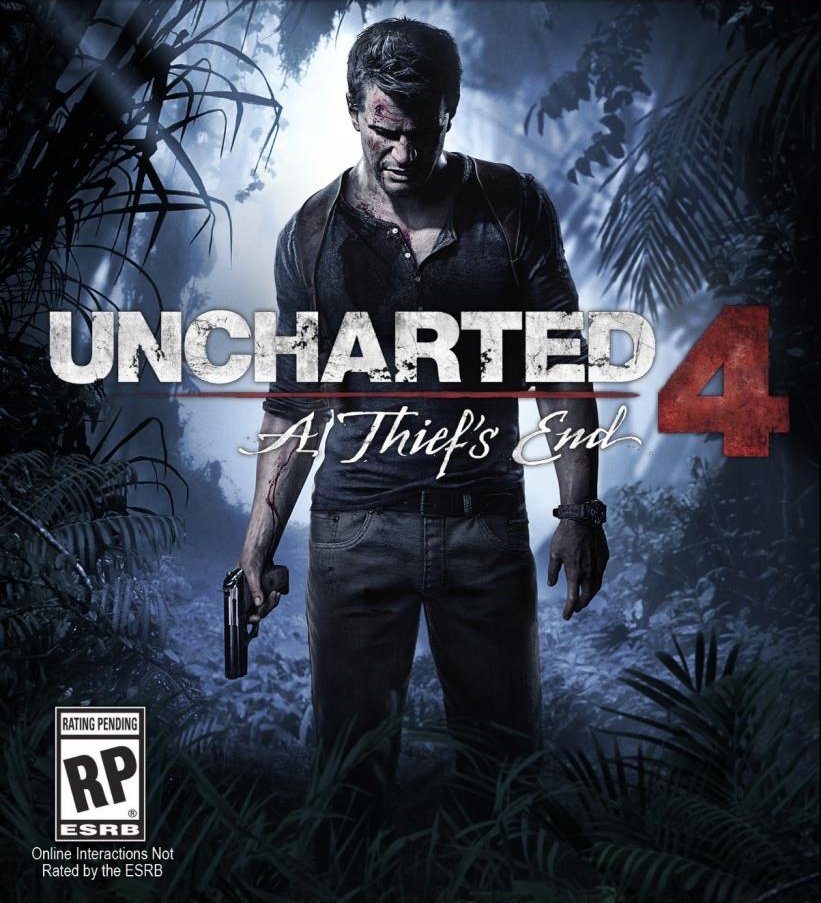