Lead Specialist, Former Sberseasons Trainee|29
Moscow
«My job is not typical for a classical lawyer» 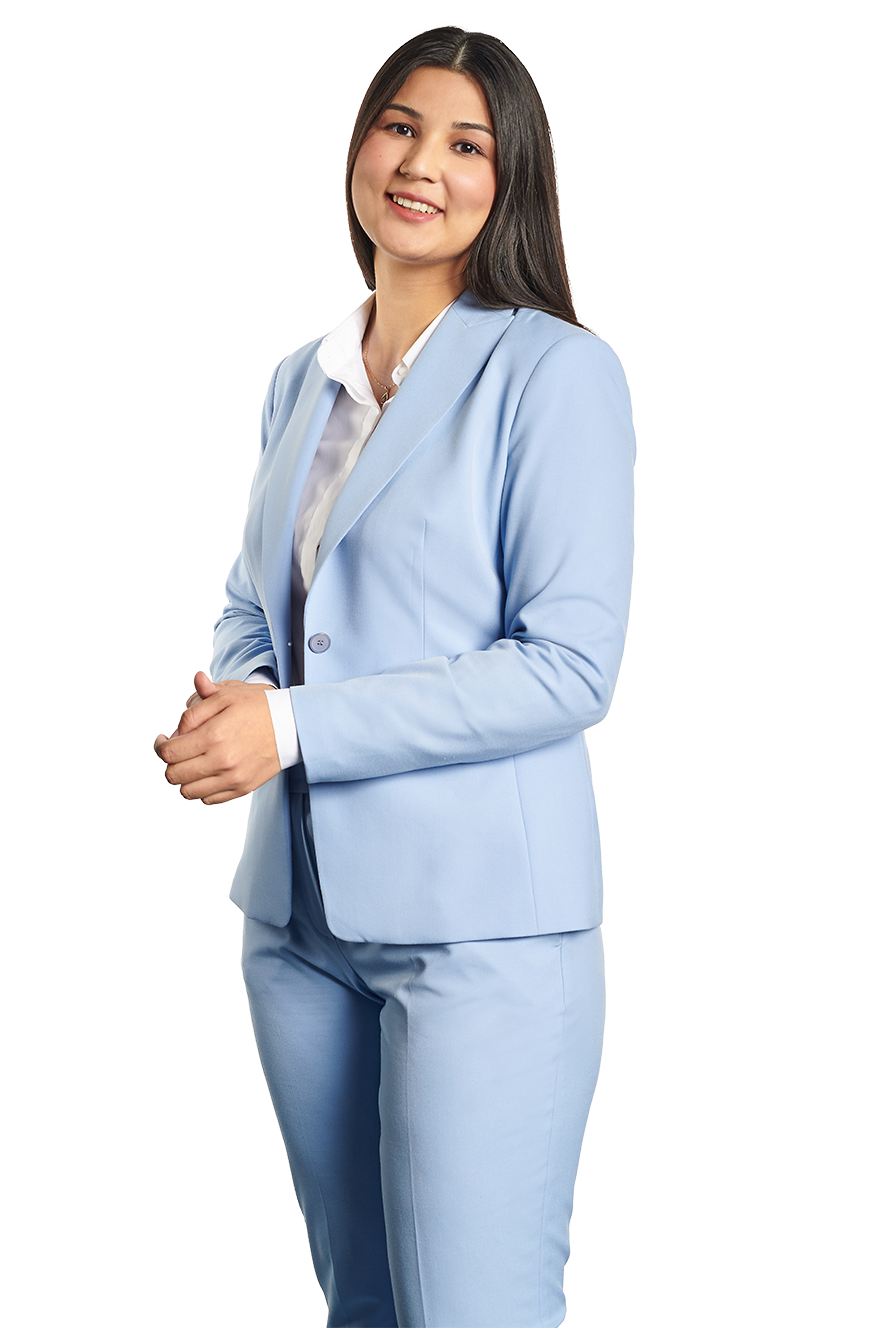 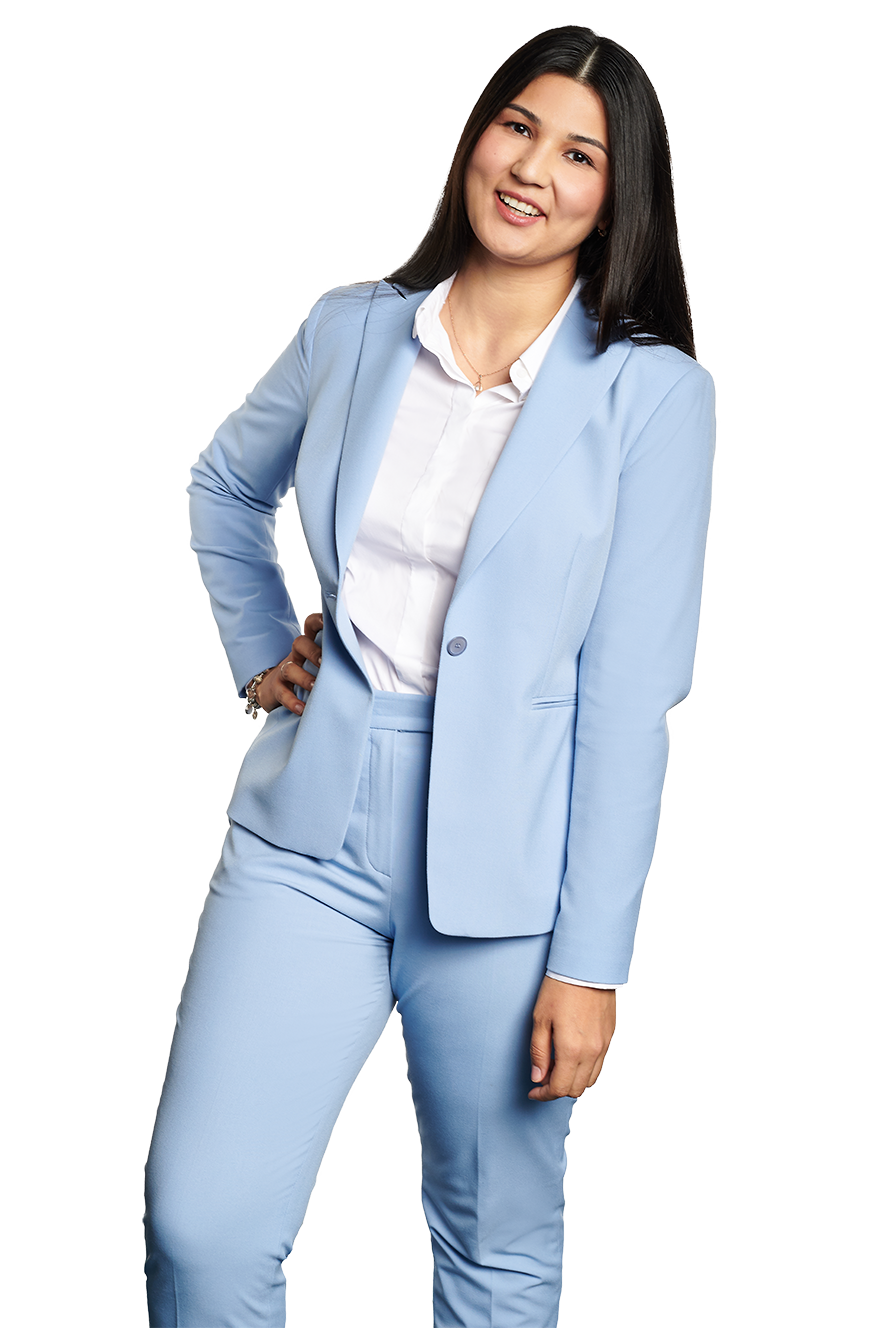 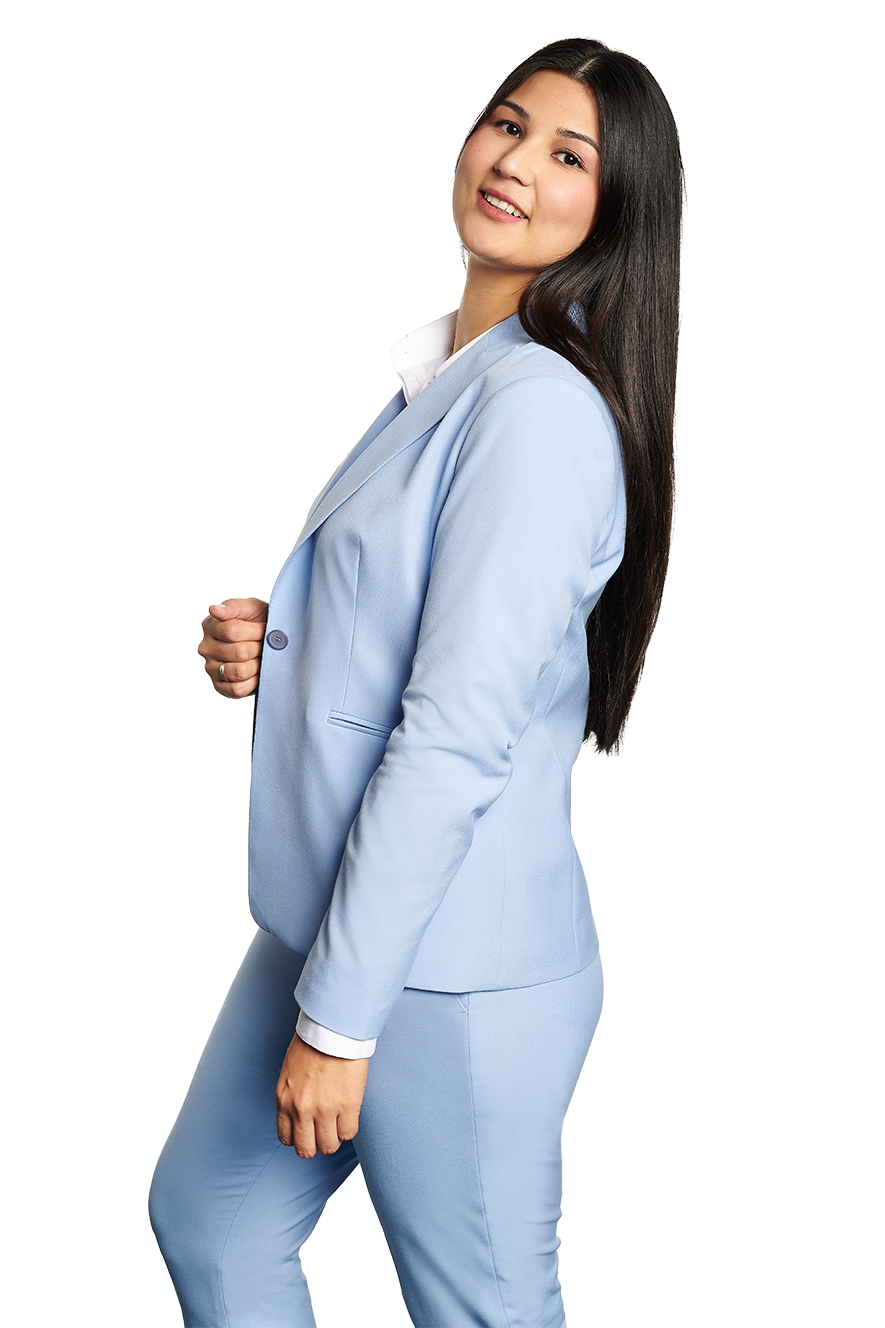 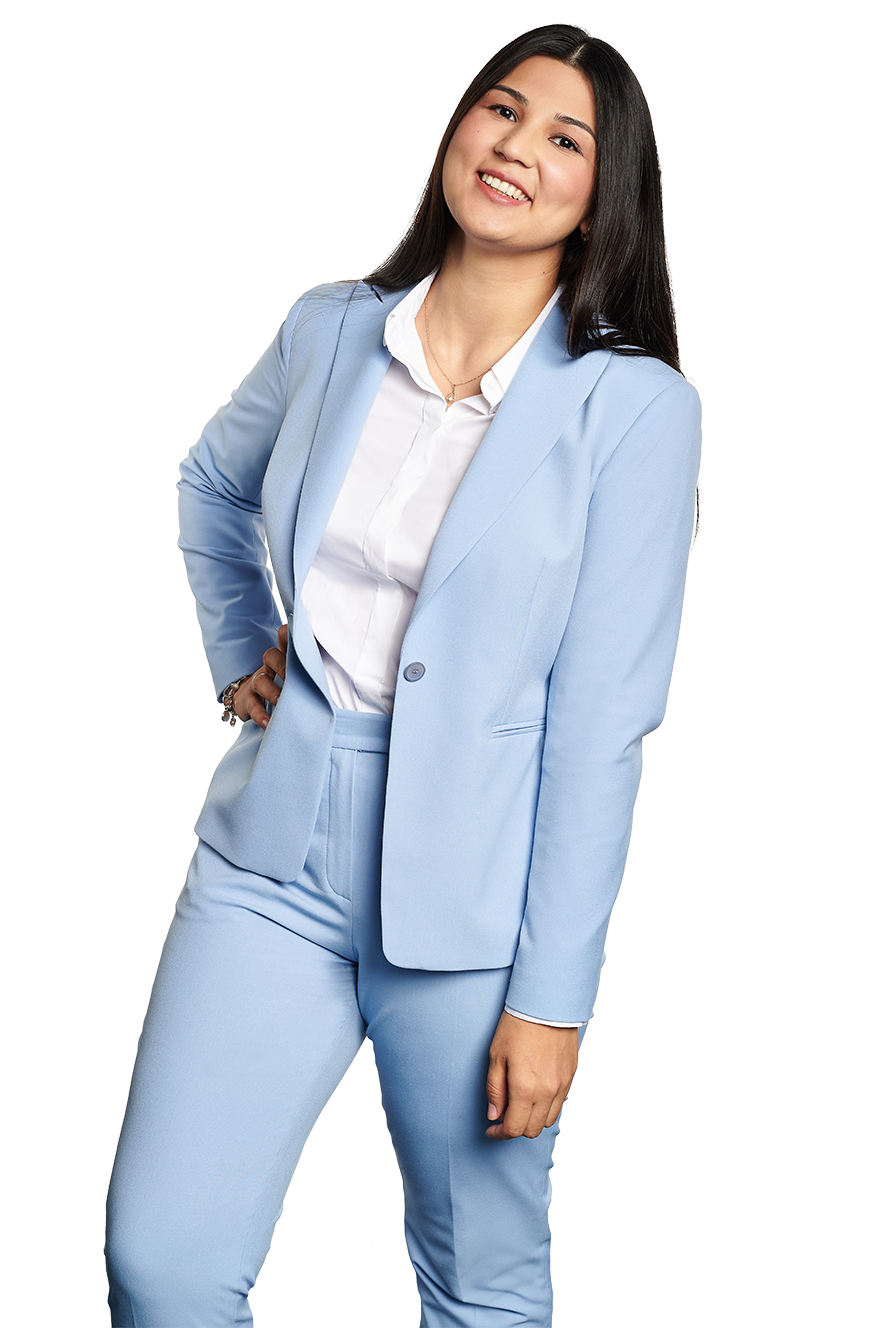 About the plan to become a prosecutor and chance 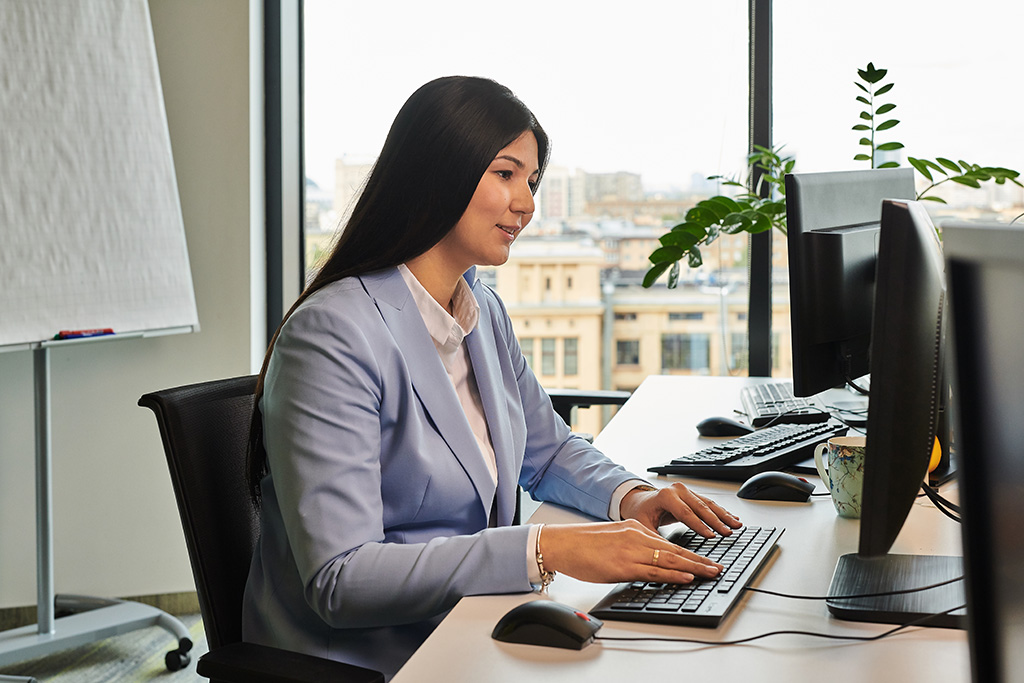 I received my bachelor’s degree in jurisprudence from the RANEPA under the President of the Russian Federation, and my master’s degree – from the Russian State Social University, Russian State Social University. In parallel, I worked as a lawyer in a small construction company, I also managed to work as a public assistant to the prosecutor and, in fact, after receiving my master’s degree, I was going to go to work in the prosecutor’s office. When half a year was left before the defense, I received a call from Sberbank and offered to participate in one project as an intern. Earlier I made a response to Headhunter for a vacancy, but by that time I had completely forgotten about it. At the same time, I was told about the project and my potential tasks only in general terms – because of its secrecy. But I thought – why not? I almost finished my diploma, I just had to go through the practice and defend myself. I was invited for an interview. In fact, they asked more about my plans for life than I wanted to do, plus they warned that the internship would not necessarily end with employment. This was the launch of a new LegalTech project, and lawyers were temporarily needed for it.

LegalTech is the automation of legal processes, in our case it was the creation of a decision support system based on artificial intelligence. The project team recruited lawyers and DS-specialists. The task of lawyers was to immerse DS-specialists in the subject area at a level so that they could easily navigate legal terms and documents. We explained to them the hierarchy of Russian laws, the types of lawsuits and instances, the division of branches of government, and also analyzed individual norms. It was an interesting experience.

How to teach artificial intelligence to think like a human

Subsequently, my internship was extended for another three months, and after a while I was hired. After being an intern, I was hired as a senior specialist, and recently I was promoted to a leading specialist. My job is not typical for a classical lawyer. I describe the business logic, model the “thought process” of the system from a human perspective, and data scientists translate it into code. The service that we are developing solves the following tasks: classifies legal documents, extracts key information from the text, checks whether the content of the documents complies with the current legislation. I help my colleagues train the AI-based system: define the type of document, find key information in documents, build relationships and draw conclusions based on the analyzed data.

Many classical lawyers do not always fully understand terms such as big data, NLP, artificial intelligence, why it is divided into strong and weak, etc. As a general rule, law schools do not teach this, so you need to additionally attend specialized advanced training courses. However, relatively recently, some universities began to appear programs with something similar to what I do. 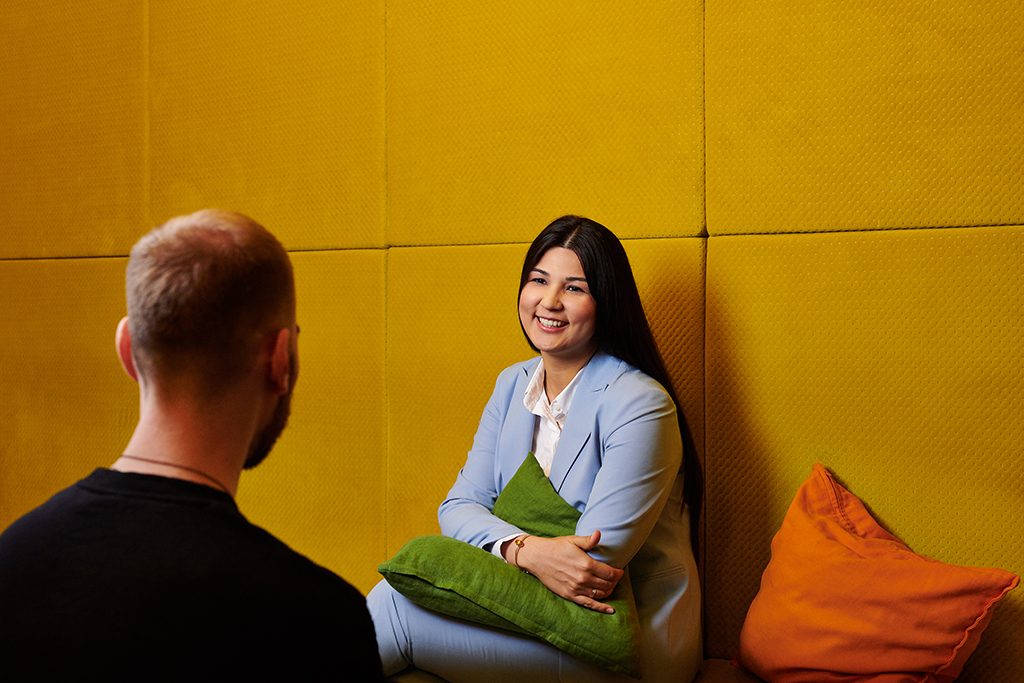 The project is growing, there are more and more tasks, including in terms of legal analytics. This year, a legal trainee came to our project, whom I also interviewed and whom I am helping to adapt. Recently took a course of lectures for mentors from SberGraduate. They went all summer, and I tried not to miss anything. Mentoring is fun. And although de jure I am not a mentor, de facto I set tasks for an intern, as they are related to jurisprudence. I remember an excellent advice for mentors from the lectures: the trainee should be given not only tasks that he will do in a couple of days, but also long-term ones. Purely psychologically, the trainee will feel more confident and calmer, knowing that there is enough work, which means that there is a need for him and there is no reason to worry. In addition, when setting a task, it is important to designate a goal in the form of achieving a certain result, and how the trainee can already decide for himself: this way it will be more interesting for him to work on the task.

Even at these lectures, mentors were told how to work with toxic people and not succumb to manipulation by such people. But I was not able to put this knowledge into practice, because I have a great team. I feel complete satisfaction from communicating with my colleagues, because we have the most favorable environment: this is probably one of the main points why I am still working on this project. The ambitiousness of the project and interesting tasks are great, but who you are doing this project with is no less important to me.

There are two managers in our team, several DS-specialists, myself and, more recently, a trainee lawyer. We have a backlog – that is, a set of tasks that need to be done. It is periodically replenished or, conversely, some tasks are specified or completely disappear because they become irrelevant. Every two days we have stand-ups – these are mini-meetings within the group. On them we share news, information about the results, what we have done over the past two days and what we plan to do next. Thus, our managers are always aware that each team member is working now, how much time do you manage to complete your tasks, whether there are any difficulties that need to be helped to solve. 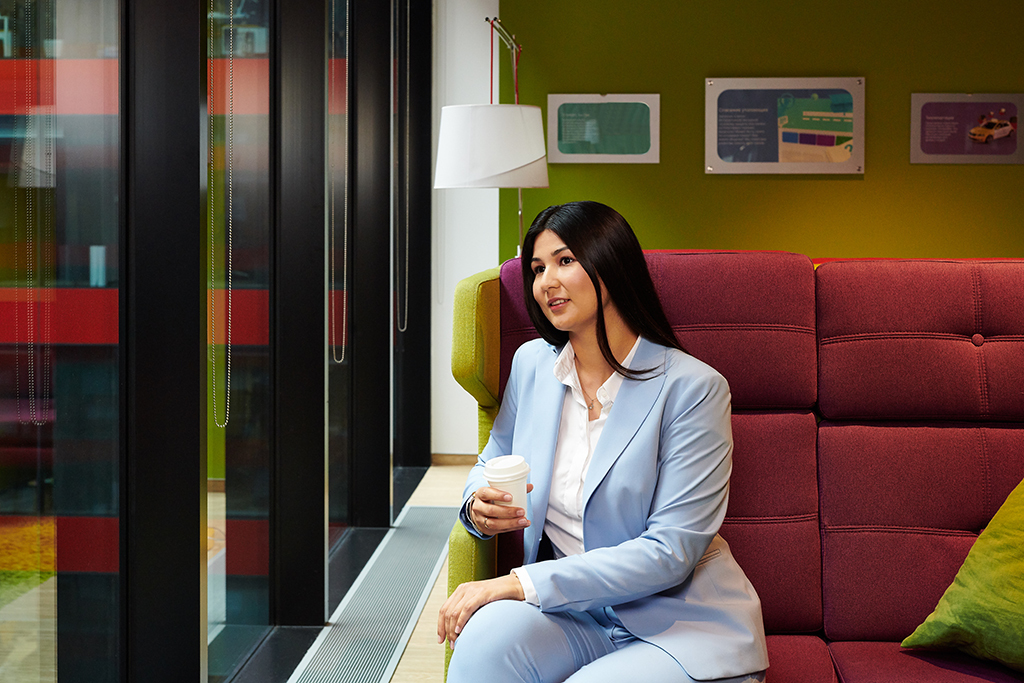 What I like most is that how exactly to perform the task is often decided by everyone independently. We need to come to some goal, but how, with the help of what, we are already solving in the course of these tasks. And this is a very creative and interesting process. I am constantly learning something new, gaining new skills. My colleagues are no longer surprised when they hear from me something like: I made a commit, pushed – please release. Colleagues helped me figure out how to use GIT, I have my branch there. At the same time, I am no longer surprised how our DS memory specialists can recall certain norms of the law. In this regard, we have a symbiosis. To be honest, finding myself at the junction of disciplines, I do not fully know what is the correct name for my profession: a lawyer-analyst, a lawyer-methodologist or a lawyer-algorithmist, maybe? Or is it some kind of new profession now emerging at the interdisciplinary level, which will become the profession of the future? Time will tell.

About neural networks and humanities lawyers

I am always curious to understand how models work and how they train – my colleagues have initiated me into this, for which I am very grateful. They draw me different schemes, explain the connections that form neurons. It is not always possible for the developer to fully understand how the model learned. Sometimes it really is like a black box. This is probably the most difficult thing. I am constantly learning and acquiring so-called digital skills. Humanities lawyers: we are mostly digital savages, for us a spreadsheet and formulas in Excel are already a separate world. But now the trend is clearly changing. 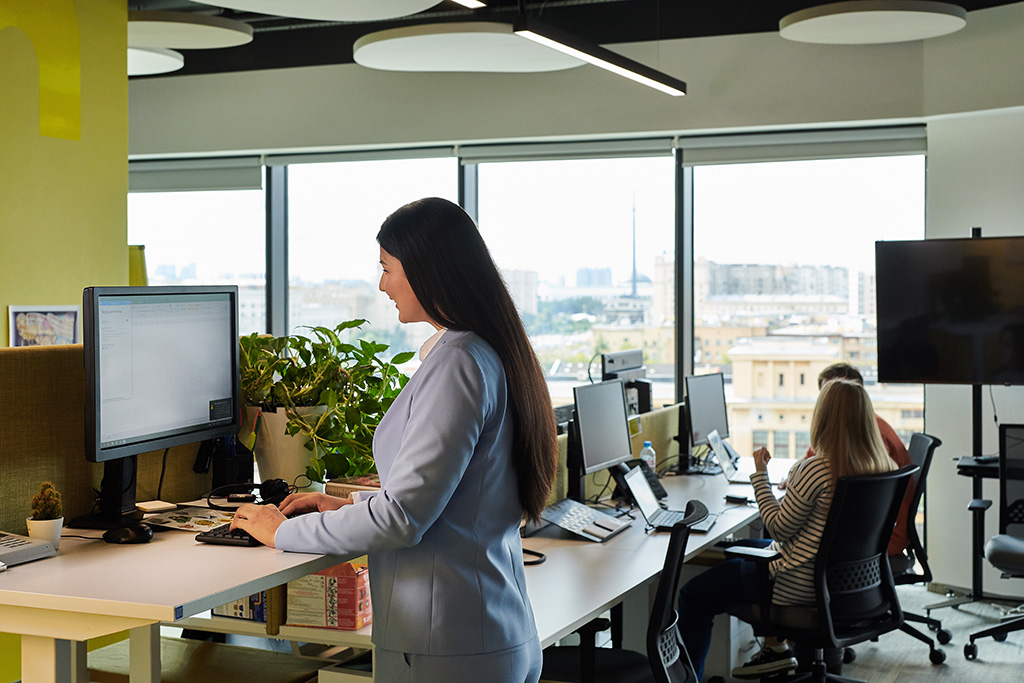 Recently, various institutes have launched master’s programs in practical, applied jurisprudence – for example, a lawyer in an IT project. This is all wildly interesting. I understand that there are not very many such specialists on the labor market and, of course, it is promising to develop in this direction, since digitalization has a priority in the country’s national plans. I’m thinking about getting another master’s degree in legal education, but this time of an applied nature, which resonates with what I already do, with the automation of legal processes.